Day 1 – Flew in with Air Namibia to Hosea Kutako International Airport and stayed at Casa Piccolo’s Hotel Pension B&B in Klein Windhoek for the night – 20 September 2013.

Day 8 – Fishing along the Skeleton Coast.  We stayed at the Beach Hotel Swakopmund – 27 September 2013. 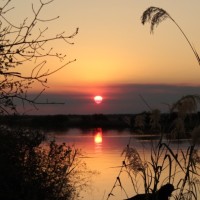